Angela Wingerath studied opera and recital singing at the University of Arts, Berlin.

Through collaborations with composers for new music during her academic studies she started to explore experimental vocal techniques. Her performing takes place in the broad range between classical singing and experimental voice expression. Besides the recital singing she is particularly interested in modern music and free improvisation.

Her many-sided means of expression has led her to a variety of different musical and acting contexts. Besides national and international interdisciplinary performances, engagements at the Deutsches Theater and Berliner Ensemble and in concerts of free improvised music she has sung several premiers of modern experimental music. In this context she worked together with composers like
Michael E. Edgerton), Kent Olofsson, Alex Nowitz, Zorka Wollny and Amir Shpilman.

2011 the Connect Festival (Sweden) for a production about Wittgenstein’s philosophy of language with Teatr Weimar and Ars Nova “A Language at war”.

2013 she was invited to Kuala Lumpur to participate in a research project for experimental voice run by the University of Malaysia.

2015 she toured with “A language at war” in Germany and Austria.

2016 collaboration with Auditiv Vokal : premiere of “Abaqabatur” (M.Edgerton) and beginning of
“Extending Voices” with Alex Nowitz.

2017 premier of “Sirene Segmenti” (M.Edgerton) at chor.com;
premier of “Tiferet” (Amir Shpilman) at Gorki Theater, Berlin;
since 2017 recitals with improvisations and works of Alban Berg, Brahms and Schubert together with
Antonis Anissegos (Piano);

Speaker and performer at the Symposium on Contemporary Choral and Vocal Music in the 21st Century #HighTech = #HighHumanism?!

NOCTURNE – a song recital with solo piano & improvisations
with works by Barber, Glass, Chopin, Brahms, Schoenberg and Crumb (with Philine Kanter)
at the Centre Bagatelle (with the support of the dezentrale Kulturförderung)

Premiere of “Old Folks at home” (Michael E. Edgerton) as part of the “KI – Concert
with Auditiv Vokal Dresden

Homage to Alfred Wolfsohn with excerpts from compositions by Michael E. Edgerton and Amir Shpilman as part of the “Verehrungsklänge” with Auditiv Vokal Dresden

Recital with Solopiano & Improvisations
with compositions by Barber, Glass, Chopin, Schönberg and Crumb (with Philine Kanter)
(with the support of the Decentral Cultural Support, Berlin)

Poster Presentation  at Pan European Voice Conference (PEVOC) with the title
“What is Glottal Whistle?”

AV Festival - A Marriage of Shadows

Teatr Weimar - A Language at War

This video is part of the Virtual Partner Residency 2020, supported by the Goethe Institut

“Tiferet” is a new music-theater performance by composer Amir Shpilman. Tiferet was made possible with the generous support of the Clara Angela Foundation, Berlin and Asylum Arts, New York.

when the folds allow a slight leakage of air through a mostly closed glottis, then a vortex-

induced disturbance on the airstream may develop at the upper edges of the vocal folds.

Not only is the timbre unique, but more importantly,

is capable of producing up to four (or more) independent frequency contours,

and  thus produce a multi-voice counterpoint within a single face.

AV Festival 08 presented the world premiere of this new work by musical innovator Michael Edgerton reflecting journeys and traffic movement. A Marriage of Shadows is a modern classical composition for voice, flute, saxophone, guitar and percussion focusing on new sounds within complex structures. The work is formally influenced by the study of networks — in this case, the roadmap of Middlesbrough and the surrounding area. Part of the process involved mapping the routes between one central location in Middlesbrough and five other places in the surrounding Tees Valley. These were then placed under a series of circular grids with nodal points generating data to determine pitch, rhythm and gesture. Additional information was gleaned from the work involved in building the new Phoenix Building (the University’s Institute for Digital Innovation) and the resulting traffic congestion.

The Teatr Weimar production A Language at War was performed in Berlin, Munich and Vienna in January and February 2015. With Rafael Pettersson, Angela Wingerath and Linda Kulle. Text by Jörgen Dahlqvist and music by Kent Olofsson.

As a service provider we are responsible according to § 7 paragraph 1 TMG for own contents on these pages under the general laws. According to §§ 8 to 10 TMG we are not obligated as a service provider to monitor transmitted or stored information, or to investigate circumstances that indicate illegal activity. Obligations to remove or block the use of information under the general laws remain unaffected. However, a relevant liability is only possible from the date of knowledge of a specific infringement. Upon notification of such violations, we will remove the content immediately.

Our site contains links to external websites, over which we have no control. Therefore we can not accept any responsibility for this external content. The respective provider or operator is always responsible for the contents of any Linked Site. The linked sites were checked at the time of linking for possible legal violations. Illegal contents were at the time of linking. A permanent control of the linked pages is unreasonable without concrete evidence of a violation. Upon notification of violations, we will remove such links immediately.

The contents and works on these pages created by the site operators are subject to German copyright law. The reproduction, adaptation, distribution and any kind of exploitation outside the limits of copyright require the written consent of the author or creator. Downloads and copies of these pages are only permitted for private, non-commercial use. Insofar as the content is not created by the website operator, the copyrights of third parties. Contributions of third parties are marked as such. Should you still be aware of copyright infringement, we ask for a hint. Upon notification of violations, we will remove such content immediately. 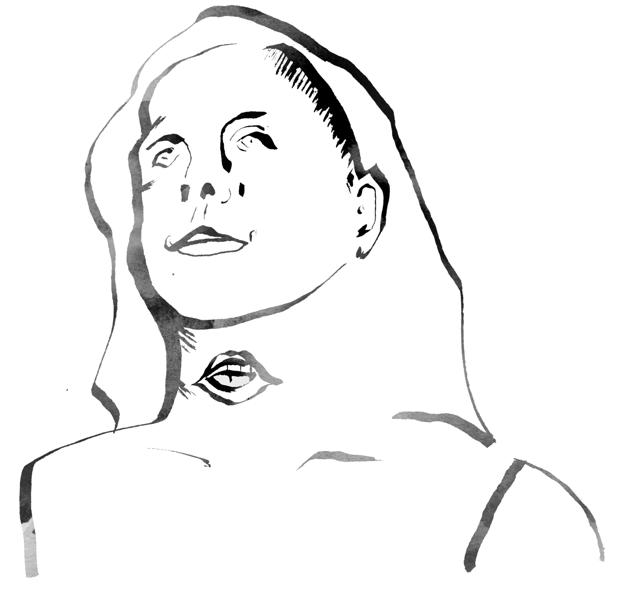